Some Sad Things and Some Happy Things

Remember my garden in a coffee cup? Well, I have some sad news. It's gone. Forever I suppose. We went away and one week without watering was enough for this tiny green world to suffer so much that it could not bare it anymore. It dried out. Once we got back home, I tried to revive it but the damage was too much for the little plant to handle. It is sad but luckily I split this plant in two a few weeks after I bought it because it was getting a bit wild in the tiny cup. It's growing ok in a large pot outside. So I should be happy that it was only a small part of the plant that died. Now I have to find some other plant, that can survive without water for long periods of time. Any suggestions? 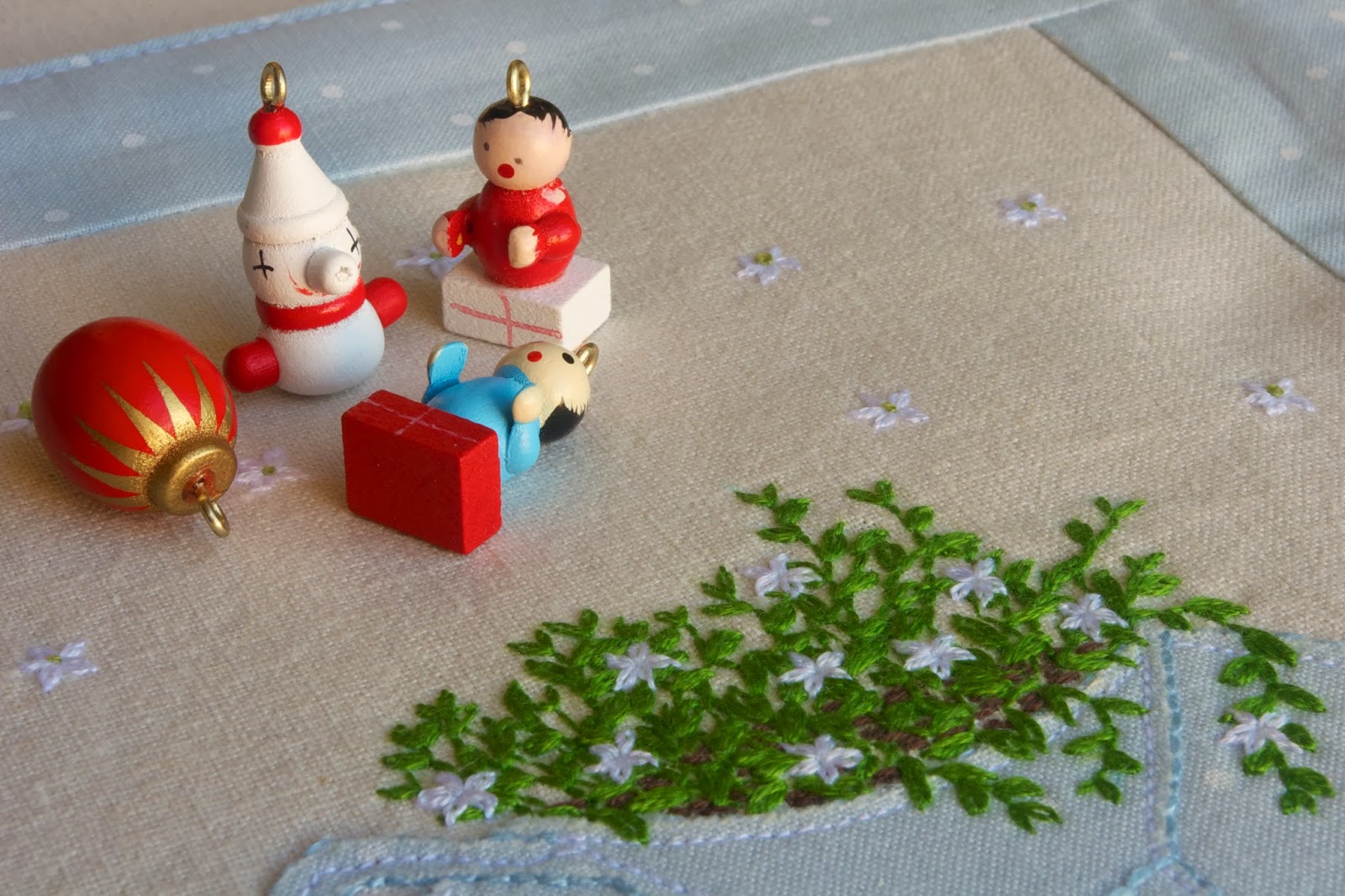 On the good note, I made something. Something that I had been thinking about since I planted my tiny garden. I wanted to make an applique or an embroidery of the cup with the green bush in it. So here what I came up with. I was trying to make a hot pot stand but when I announced to my family what it was going to be I got such a look that I had to change my plan right there on the spot and turn it into a mug rug. 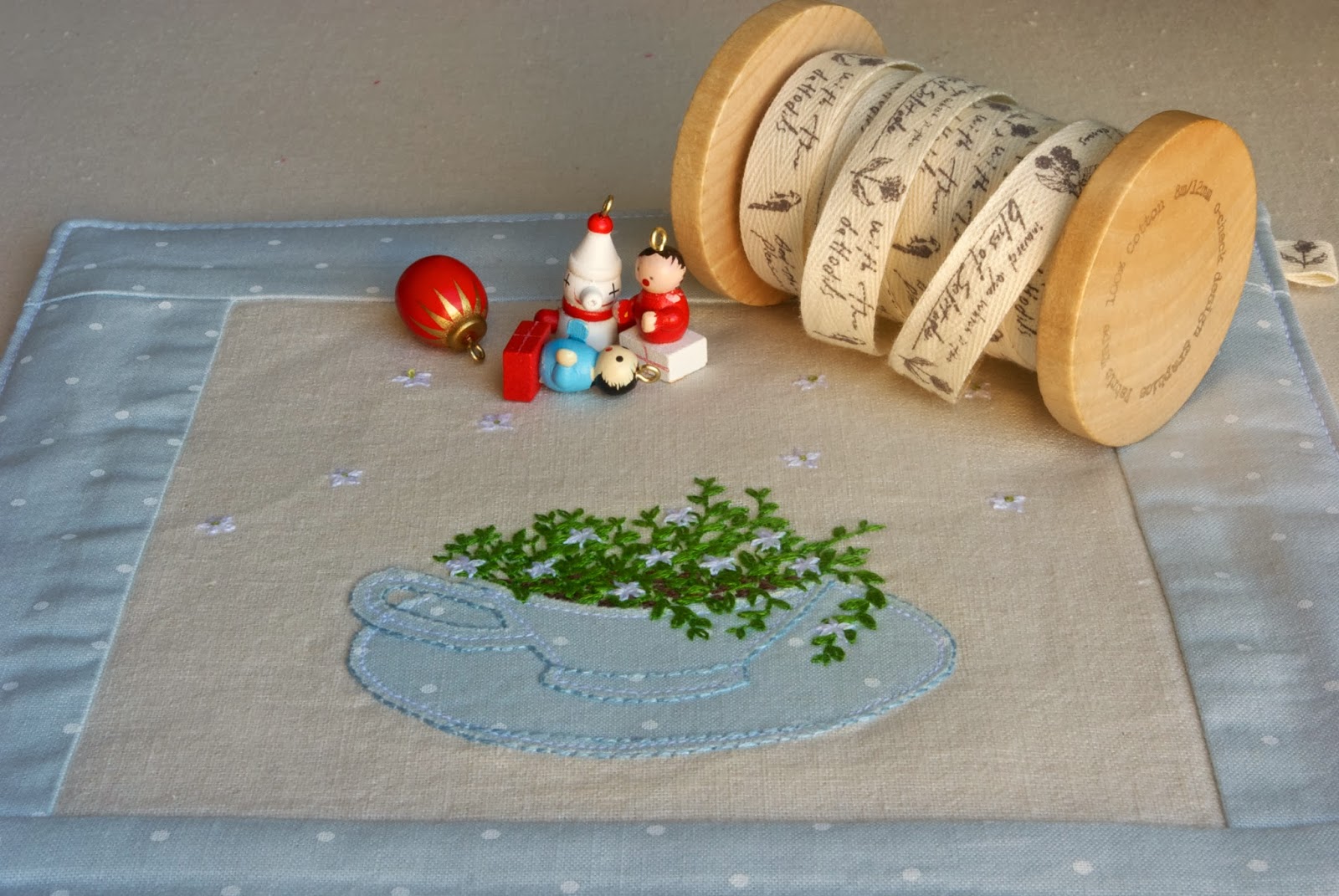 The embroidery is very simple - backstitch, lazy daisy stitch and french knots. The sewing is very basic too, a bit of bamboo batting, linen and cotton. The white polka dots on blue cotton remind me of falling snowflakes, the sleeping nature wrapped up in blankets of snow and a tiny garden in a coffee cup saved by the warmth of the house.
Posted by Larisa at 17:27

Larisa
Sydney, NSW, Australia
Welcome to my little big world of handmade creations where I keep track of things I make with fabric and embroidery threads. I am glad you are here. Thank you for taking time to stop by.